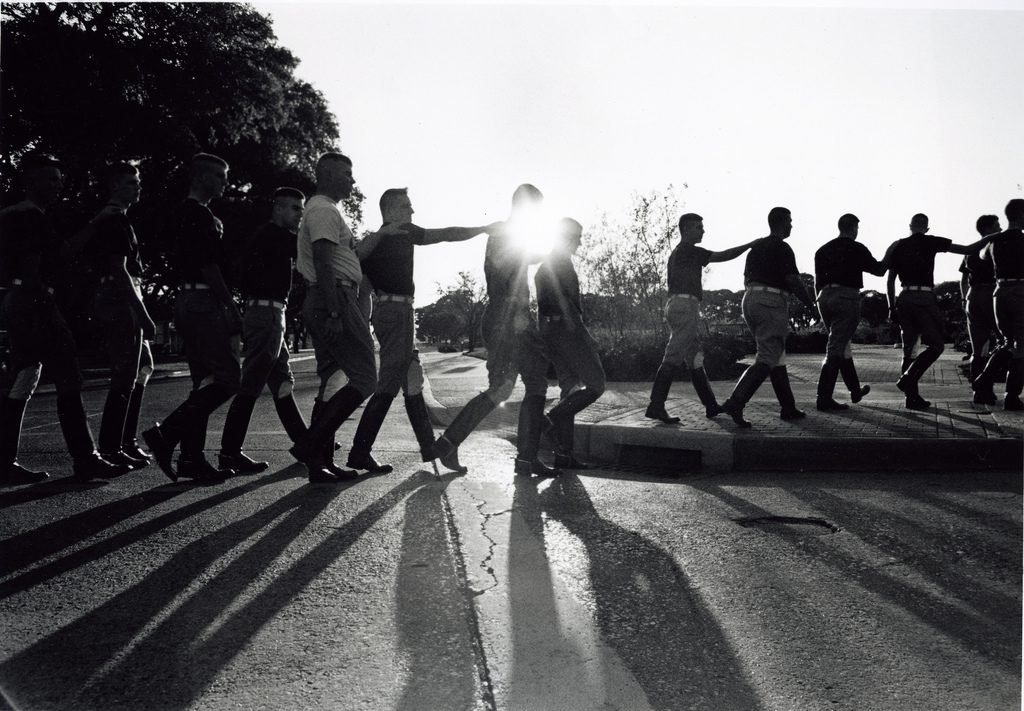 Elephant Walk is a tradition at Texas A&M that was started in 1922 when two freshmen in the Aggie band were disappointed after losing the first two games of their football season. These two freshmen grabbed their instruments and started to play the funeral march while walking around campus with the rest of the freshmen class in an attempt to break the curse on the Fightin’ Texas Aggie football team.

When they became seniors in 1925, they decided to take one final walk around campus together, to relive their times in Aggieland. As they walked single file around camps, each person with his hand on the shoulder of the person in front of him, an observer noted that “they looked like elephants about to die.” Thus the tradition of Elephant Walk was born. In the years following, Elephant Walk became a tradition reserved for the seniors to participate in before the last football game of the season, traditionally the day that Bonfire would burn.

Elephant Walk became a much-anticipated celebration in the years following. Unfortunately, it also became a time for the junior class to sabotage the seniors. Elephant Walk through the 1980’s and 1990’s became a competition between the two classes. Injuries and property damage happened every year. To put an end to this, the first Jr. Elephant Walk was started in 1992 to keep the juniors occupied. The juniors were then given their own walk and were kept far away from the seniors.